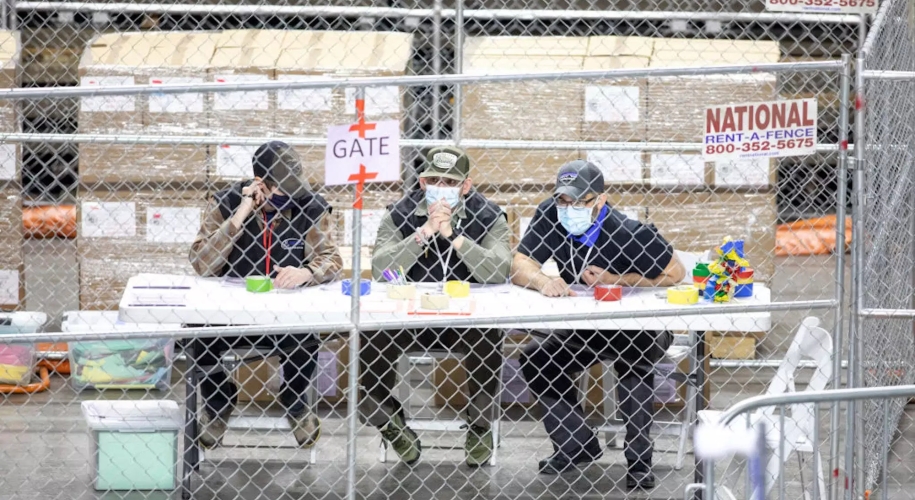 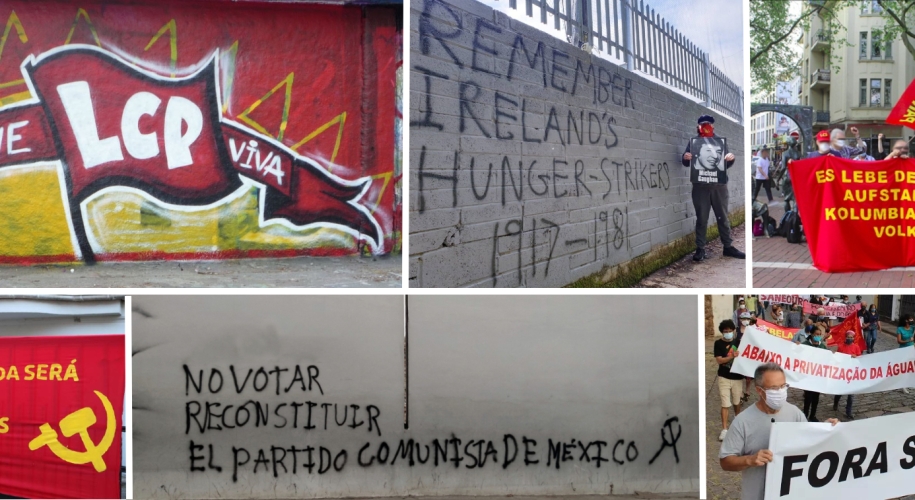 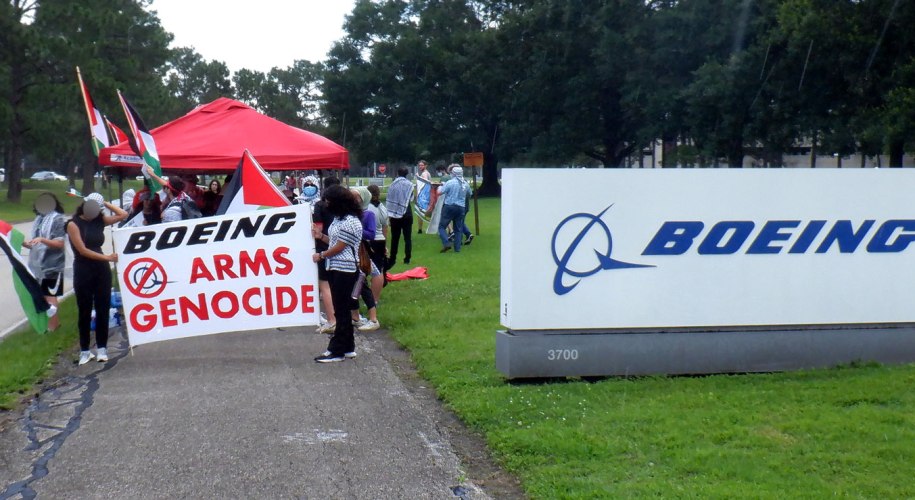 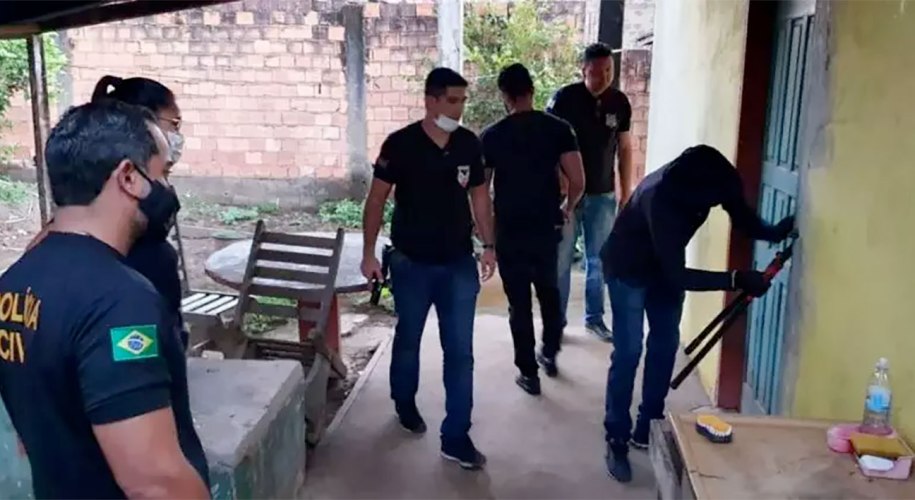 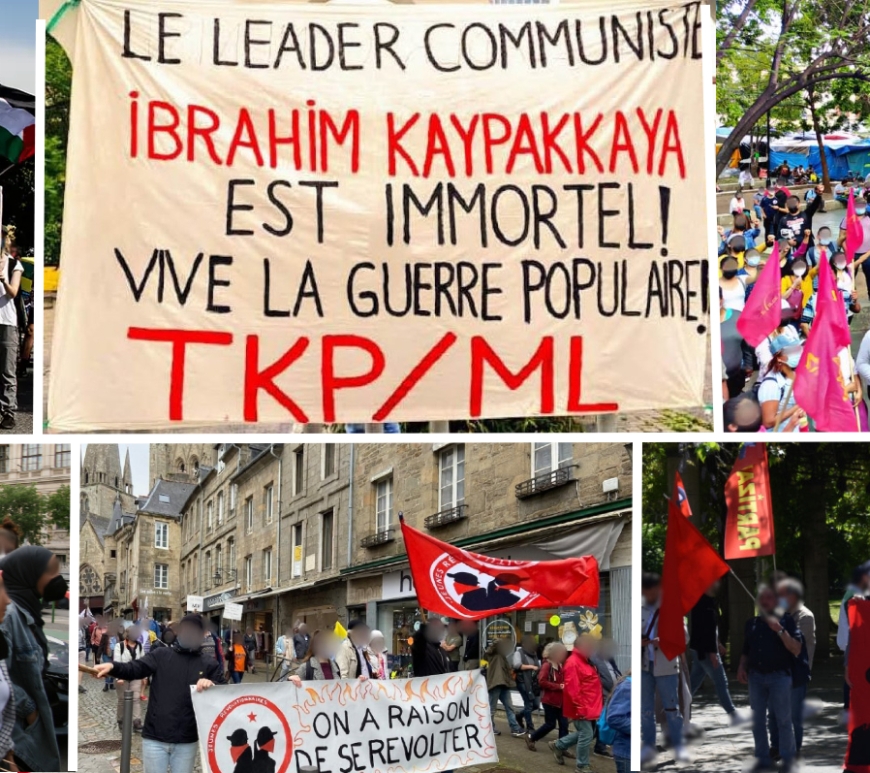 Brazil During the massive protests across Brazil on May 29, demonstrators showed their support for the League of Poor Peasants ( LCP, Liga dos Camponeses Pobres), who have been fighting to keep their land under threat of massacre by the government. A banner signed by the Revolutionary Popular Student Movement (MEPR, Movimento Estudantil Popular Revolucionário) in Rio de Janeiro read, “Immediate freedom for the four … END_OF_DOCUMENT_TOKEN_TO_BE_REPLACED 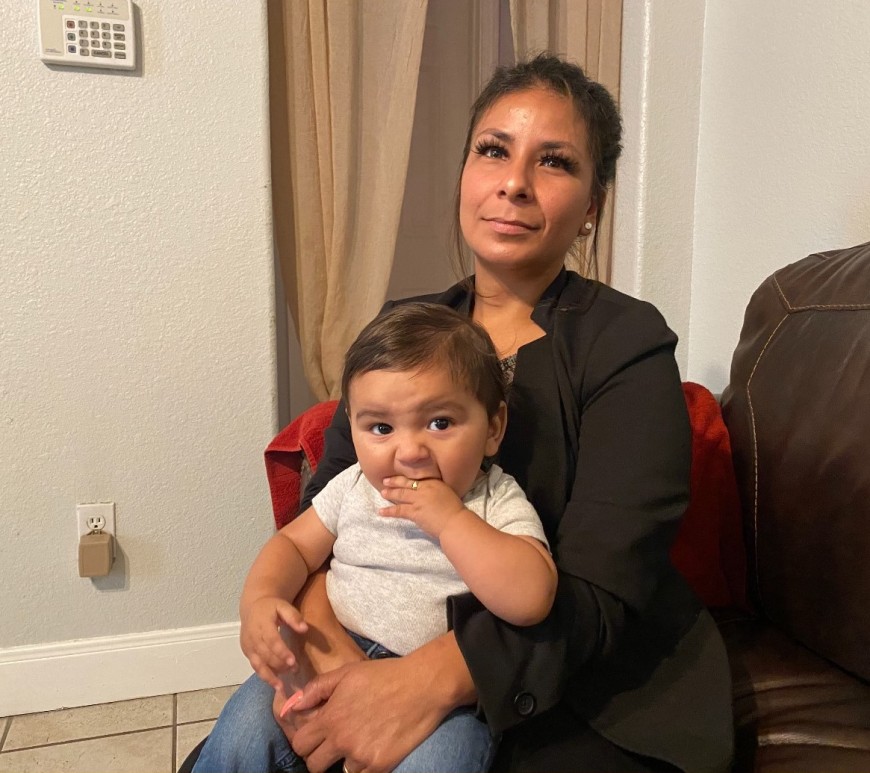 Photo credit: Jenni Lee By Jakob Stein This past week, Jessica Arellano, the widow of Alex Gonzales Jr., confirmed that Gonzales did not have a gun when Austin police officers Gabriel Gutierrez and Luis Serrato murdered him in January of this year. She also confirmed that it was Gutierrez who was the aggressor against her and Gonzales as they were driving with their infant child in the … END_OF_DOCUMENT_TOKEN_TO_BE_REPLACED 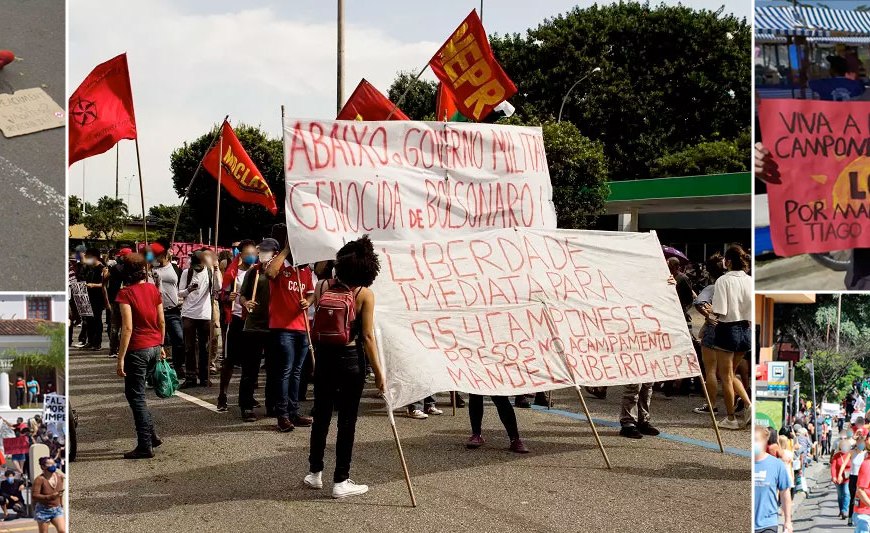 By David Martinez Tens of thousands demonstrated across Brazil this past Saturday against the genocidal military government of fascist president Jair Bolsonaro. As reported by Brazilian revolutionary newspaper A Nova Democracia (AND), demonstrations took place in over 200 cities and towns, with the wide participation of the Brazilian people, including workers, students, unions, and people’s organizations. Protesters raised demands for the COVID-19 vaccine, jobs, and … END_OF_DOCUMENT_TOKEN_TO_BE_REPLACED 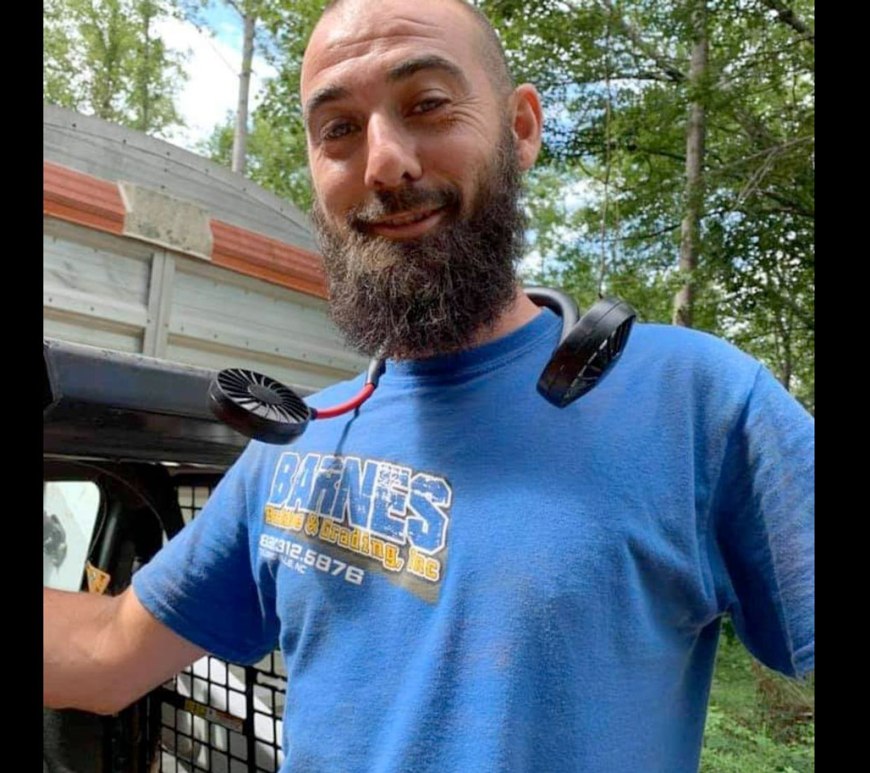 Photo: Shane Sharpe, via Facebook By Sarah Ahmed On Wednesday, May 19, Shane Sharpe, a 38-year-old construction worker, died while working on a project to repair a drainage pipe in Taylorsville. A Tribune investigation has determined that Sharpe was a worker with Barnes Backhoe and Grading, Inc., a fact so far unmentioned in local ruling-class news coverage of the incident. Sharpe was working on a … END_OF_DOCUMENT_TOKEN_TO_BE_REPLACED 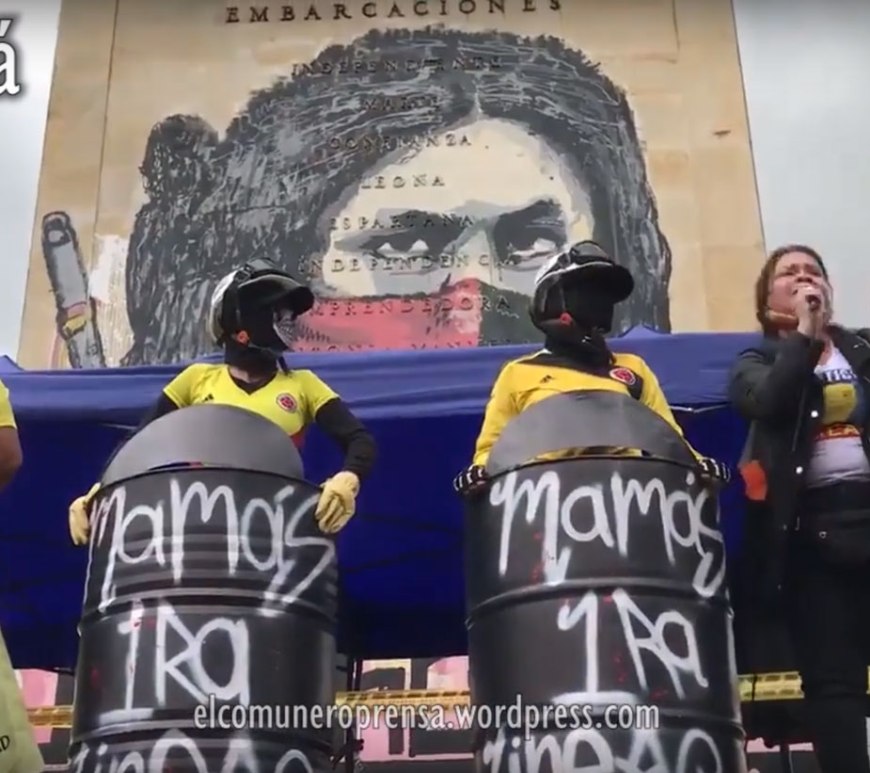 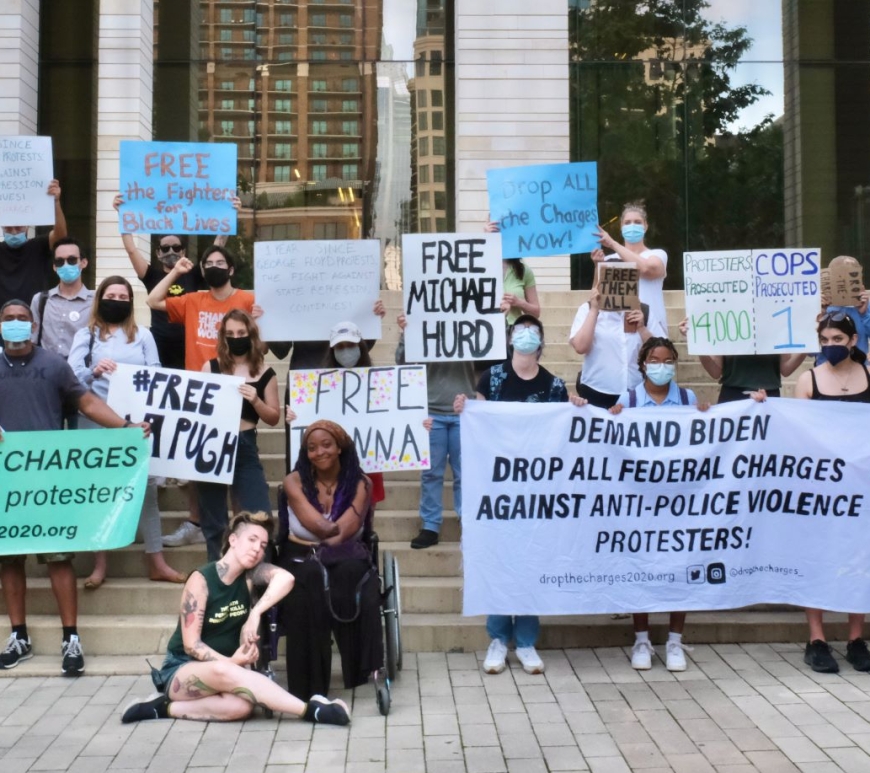 By Brian Martel As part of a national day of action on Wednesday, activists with the Drop the Charges Coalition rallied on the steps of the Austin federal courthouse to demand that all remaining charges against the protesters from the May Uprisings be dropped, in particular the remaining 350 protesters still facing federal charges. The day of action came one day after the anniversary of … END_OF_DOCUMENT_TOKEN_TO_BE_REPLACED 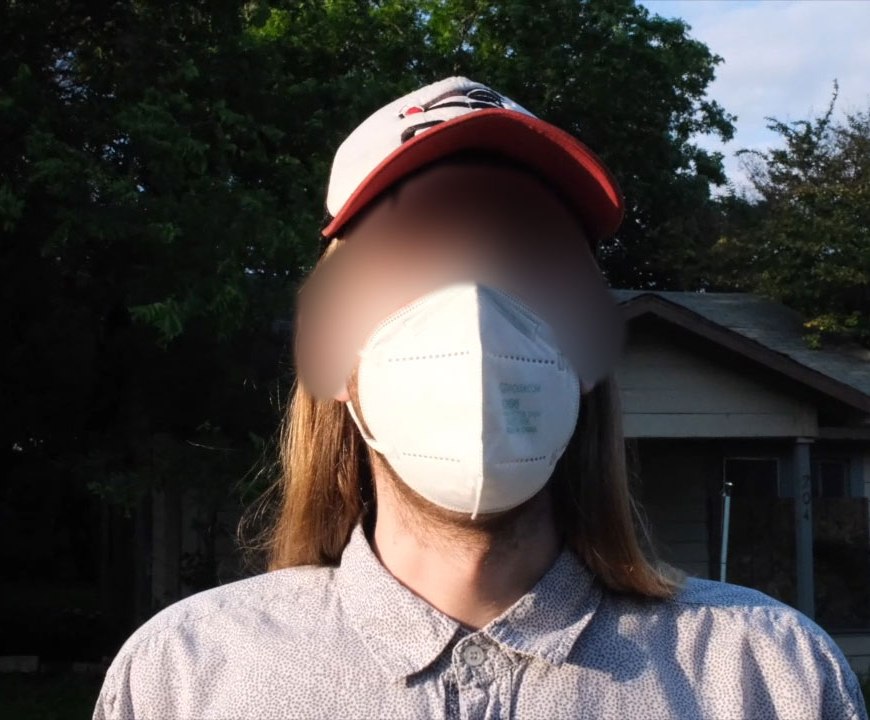 Tribune of the People is pleased to share an exclusive interview with a striking JuiceLand worker in Austin who speaks on the current situation in the ongoing strike. As the company tries to paint the strike as over and minimize the workers’ demands, the workers have continued to strike as JuiceLand has failed to adequately address their concerns over wages and safety, as well as … END_OF_DOCUMENT_TOKEN_TO_BE_REPLACED 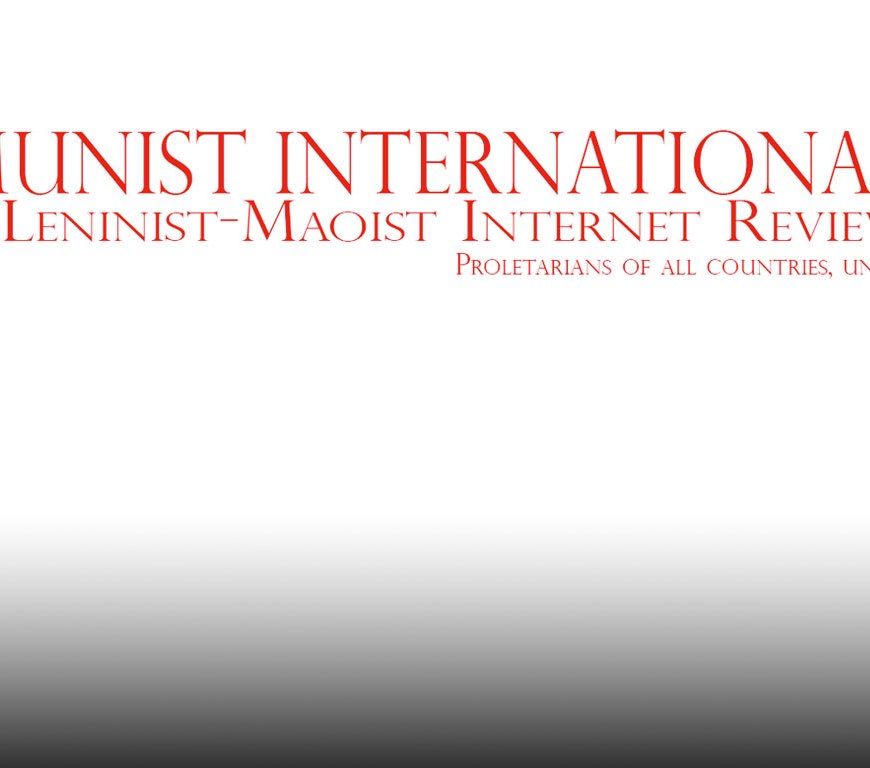 Editor’s Note: Tribune shares the following video published by the Colombian revolutionary newspaper – El Comunero Prensa, who have compiled footage from protests on May 28, which marked one month since the start of the massive uprisings taking place in the country. We have provided an unofficial English translation of the transcript of the video’s narration below. By El Comunero The past May 28 marked … END_OF_DOCUMENT_TOKEN_TO_BE_REPLACED