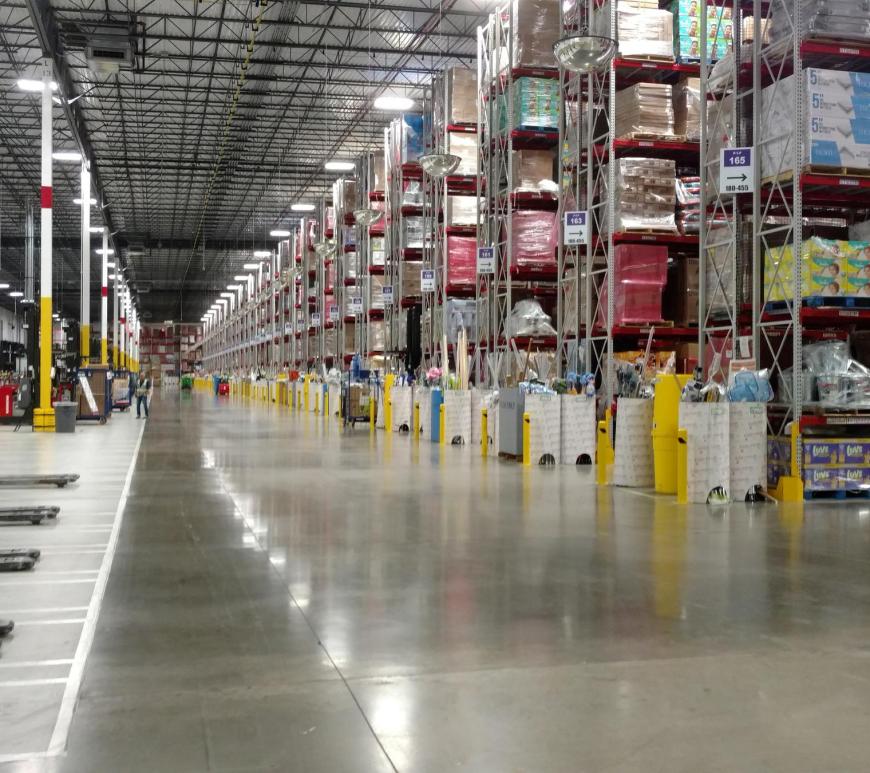 Photo credit: Jo Mannies/St. Louis Public Radio By David Albright A worker at the STL8 Amazon Facility in St. Peters, MO spoke with Tribune about her experience surrounding an injury sustained offsite that was reinjured on the job soon after she returned from medical leave. The worker told Tribune that she felt a pop in her shoulder and excruciating pain while lifting a box during … END_OF_DOCUMENT_TOKEN_TO_BE_REPLACED 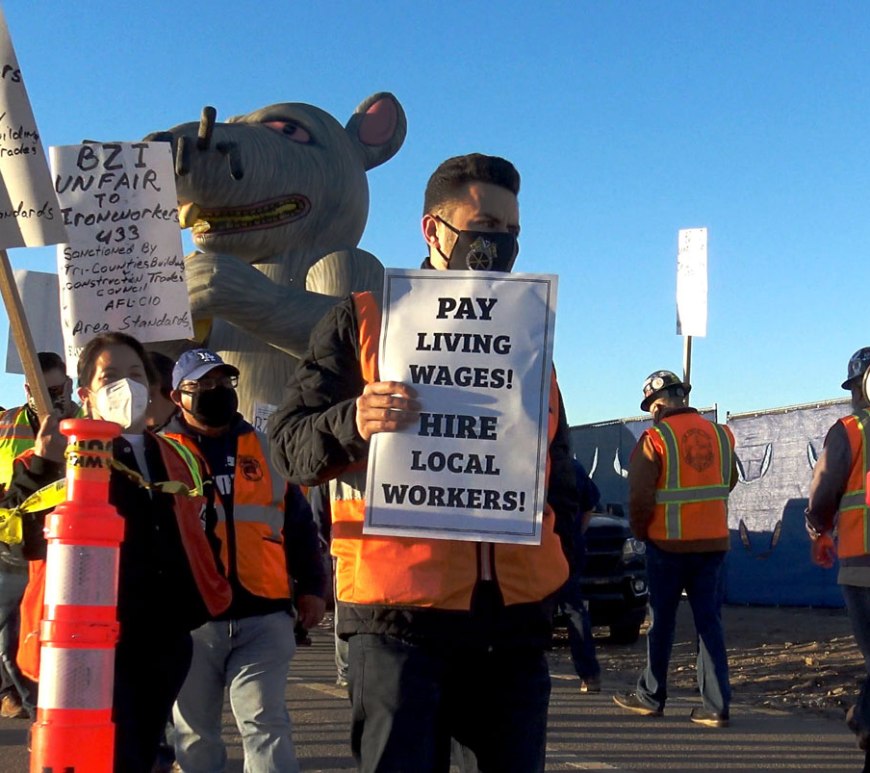 By Serran Soledad Last Friday, dozens of union workers held a picket line outside the future Amazon fulfillment center in Oxnard, California. This was day two of a strike organized by Ironworkers Local #433, who initially walked off the jobsite the previous day. Upon the announcement of the development of the Amazon fulfillment center, and in response to some community backlash, local politicians promised the … END_OF_DOCUMENT_TOKEN_TO_BE_REPLACED 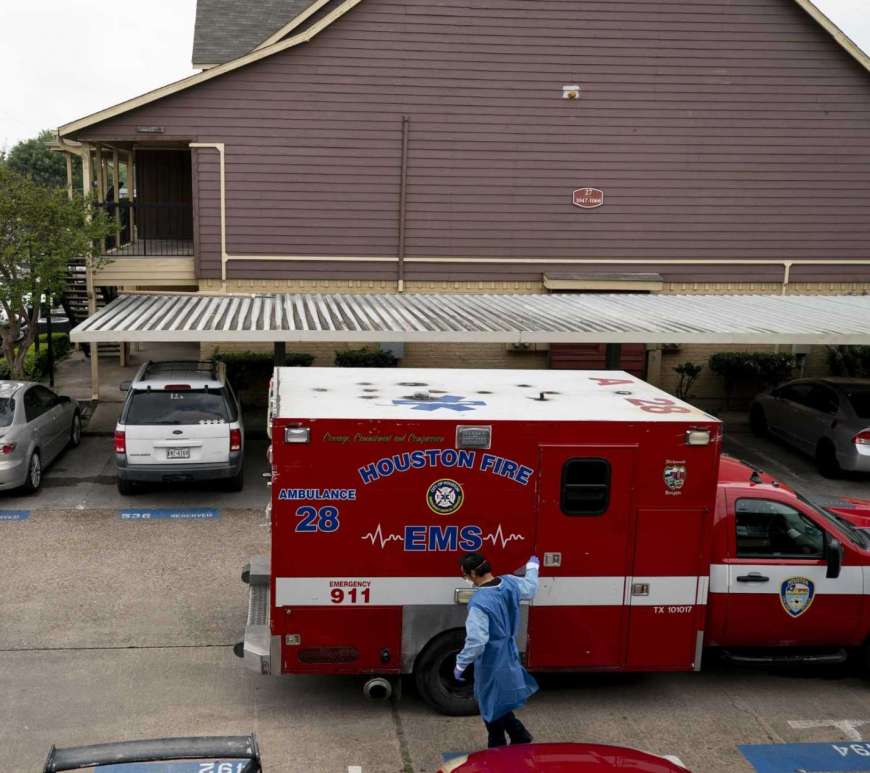 Photo credit: Godofredo A. Vásquez, Houston Chronicle / Staff photographer By Eli Blackhart Tribune of the People spoke with a healthcare worker in Houston who works as an EMT and Emergency Room (ER) Technician. The medic detailed unsafe working conditions, increased workload, and a lack of support from healthcare companies. During the peak of the pandemic, the lack of healthcare workers resulted in only one … END_OF_DOCUMENT_TOKEN_TO_BE_REPLACED 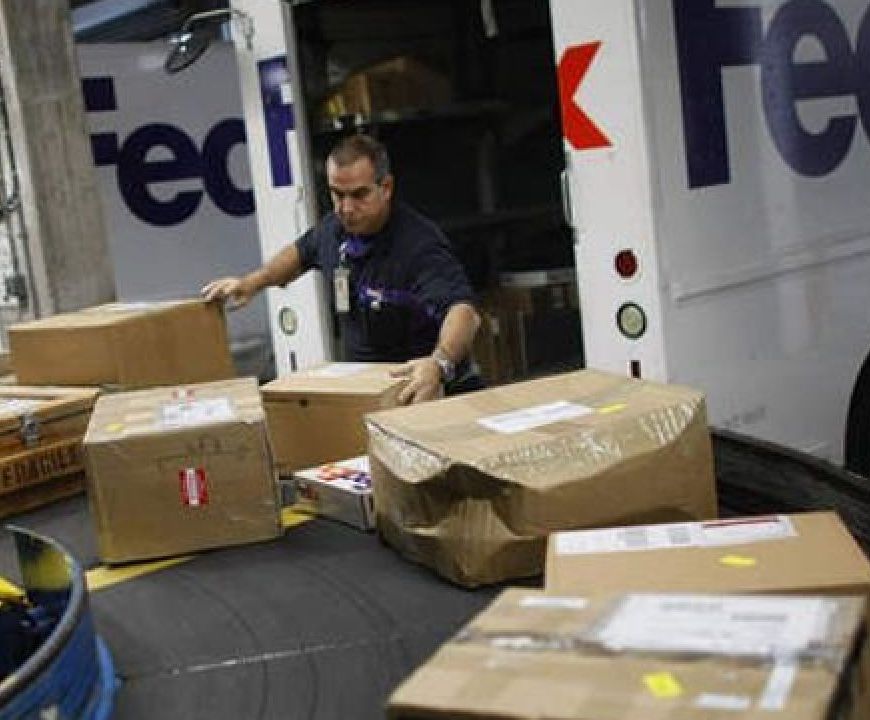 By Arthur Boukman and Nélida Tello Tribune of the People spoke to two FedEx Ground package handlers, one worker is from South Windsor, Connecticut and the second is from Austin, Texas. Both spoke on the firing practices and work speedups carried out by Fedex. Layoffs have targeted workers who missed work during peak season, and in an effort to increase profit, workers have been laid … END_OF_DOCUMENT_TOKEN_TO_BE_REPLACED 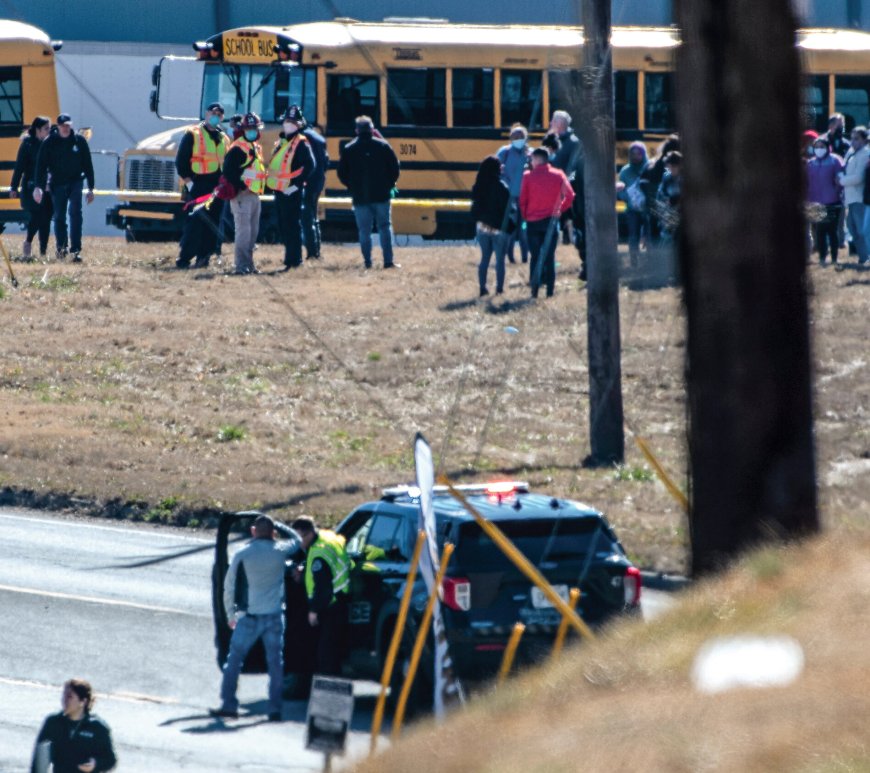 Cover photo by Scott Rogers By Brian Martel At a Georgia poultry plant Thursday morning, six workers were killed and another eleven were hospitalized after a liquid nitrogen leak. Three of the hospitalized workers are in critical condition. The plant, located in Gainesville, was owned by Prime Pak Foods until early January, when the company merged with Victory Processing to form Foundation Food Group, which … END_OF_DOCUMENT_TOKEN_TO_BE_REPLACED 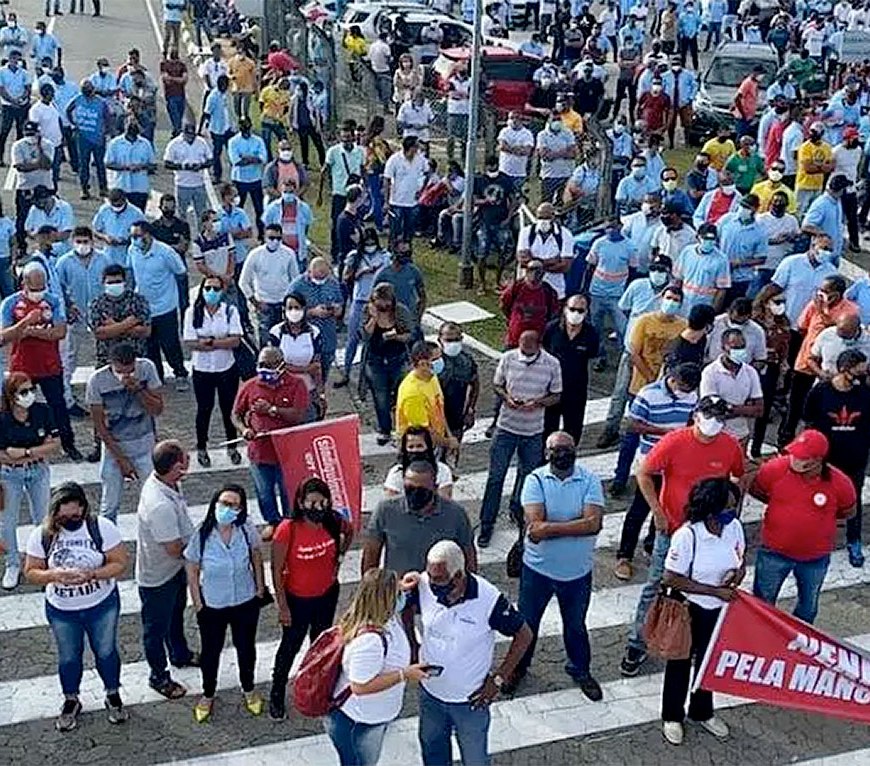 By David Martinez On January 21 in an act of protest, automobile workers in Camaçari in the state of Bahia took their uniforms, on which they wrote the names of their family members affected by the closure of the Ford plant, and hung them on the fence surrounding the factory headquarters. Earlier this month, Ford Motor Co., which operated three plants in Brazil, announced it … END_OF_DOCUMENT_TOKEN_TO_BE_REPLACED 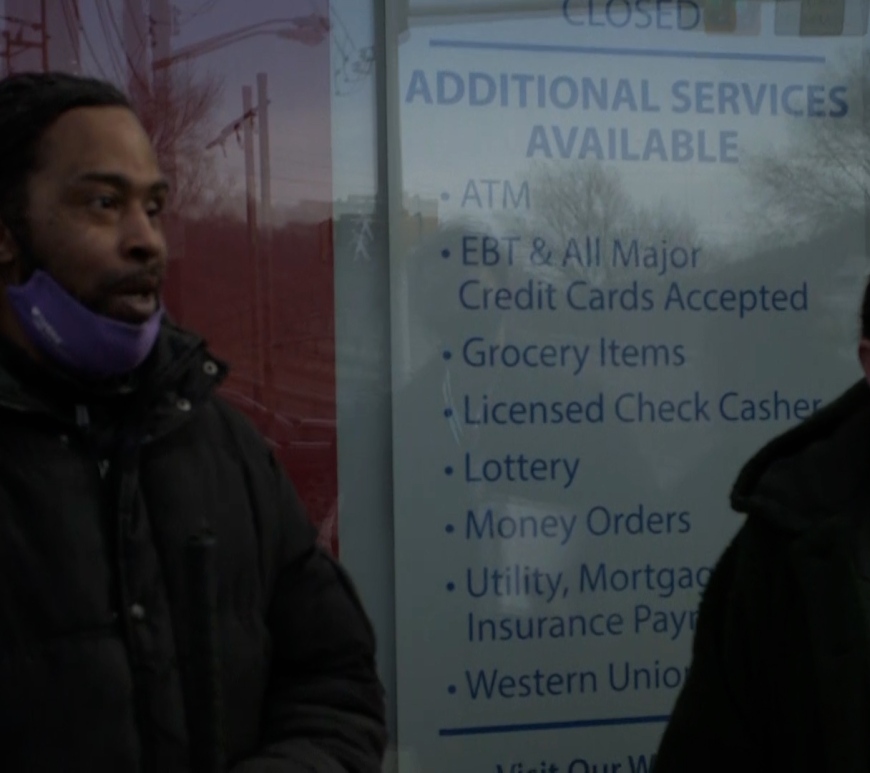 The Tribune of the People Support Committee in Pittsburgh spoke to people on the streets in the lead-up to Joe Biden’s inauguration, who said they don’t think either Biden or Trump are concerned about the people. One person said, “Trump hasn’t had a struggle in his life, he’s always had money, so he doesn’t know what us middle class people or the poor people are … END_OF_DOCUMENT_TOKEN_TO_BE_REPLACED 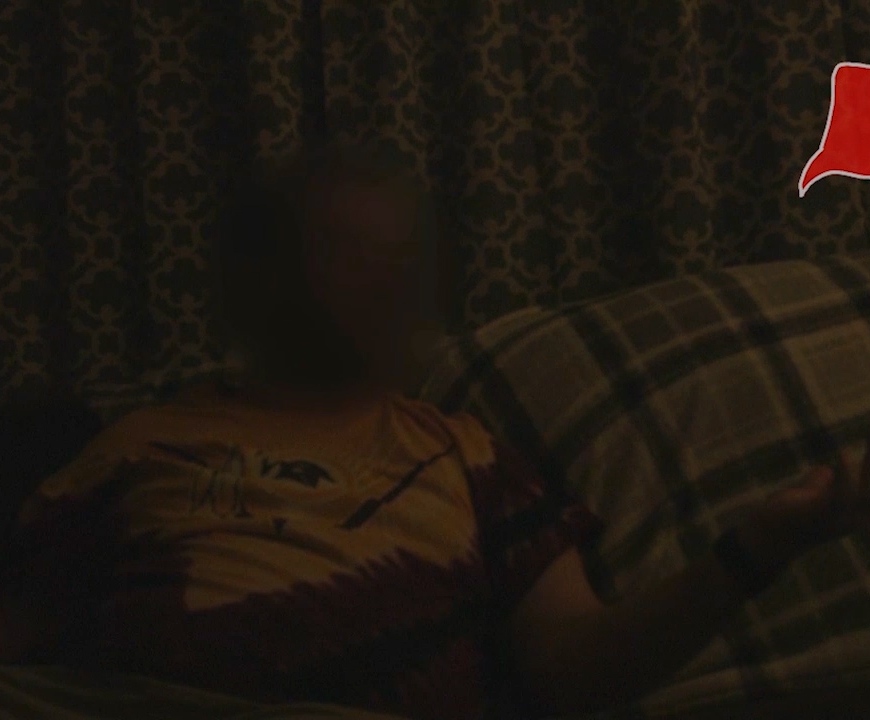 Tribune of the People interviewed a worker at an Amazon warehouse in Pittsburgh, PA who suffered a serious concussion last month due to the speeding up of work in the interest of profit. He was eager to share his story and give an analysis of conditions at Amazon and the relationship between corporations and workers in general. He has seen a greater number of his … END_OF_DOCUMENT_TOKEN_TO_BE_REPLACED By Serran Soledad On December 31, in Vitoria, Spain, a former employee of Daimler (commonly known as Mercedes-Benz), destroyed over 50 vans using a small tractor. The 38-year-old, who was fired from Daimler back in 2017 for taking part in protests against the company’s mass layoffs, took on the individual action following another series of layoffs by the company. Reports indicate the rebellious worker stole … END_OF_DOCUMENT_TOKEN_TO_BE_REPLACED 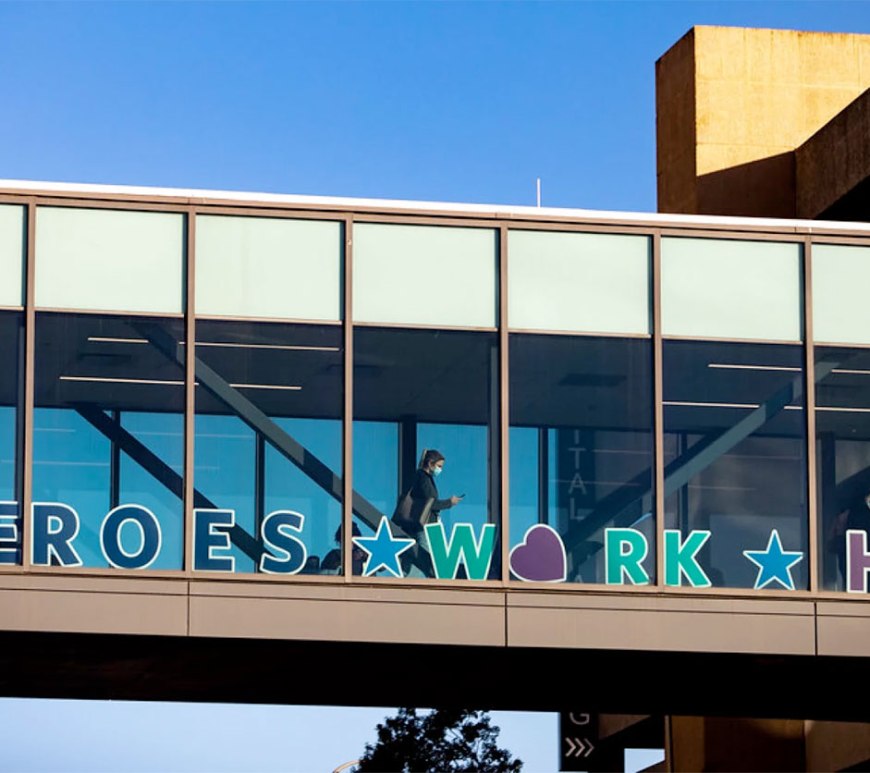 By Henry Underwood A nurse who works in a Covid-19 ward at Dell Seton Medical Center in Austin recently spoke with Tribune about high patient-to-nurse ratios, under-staffing, and the necessity to organize for better pay and working conditions. “When the pandemic first started, we begged for specialty pay or hazard pay. … They refused. They all said no,” she told Tribune. Despite a sharp increase … END_OF_DOCUMENT_TOKEN_TO_BE_REPLACED